Tommy started his dance training in Sweden, where he is originally from. Initially he was only interested in streetdance classes but had his eyes soon opened for other dance styles. Tommy began working professionally soon after that at the age of 14 in the musical “Joseph”. He stayed in Sweden until the age of 19 going from musical to musical before he got a scholarship for a 3-year performing arts diploma course at the Urdang Academy in London.

He is probably mostly recognised as the runner-up of BBC 1’s “So You Think You Can Dance” 2010 but some might have seen him in Mamma Mia – The Movie, The Pepsi Max Advert “Can Fu”, the Handover Ceremonies at Bejing Olympics 2008 etc.

After working professionally as a performing artist for 16 years, Tommy has in the recent years also dwelled into choreography. Most recently he choreographed for ZooNation’s “Some Like It Hip Hop” and performed the role of Simeon Sun. Tommy also choreographed the music video and the live performances of Cher Lloyd’s UK charts number 1 hit single “Swagger Jagger”.

This year he was nominated for an award by the Critic’s Circle’s “National Dance Awards” in the “Best Male Performance (Modern)” category for his efforts in the show “Goldberg” at The Royal Opera House and “Blaze” (in which he also choreographed) at Sadler’s Wells Peacock Theatre.  Currently Tommy is working with the Russell Maliphant Company and is touring internationally with the show “The Rodin Project”. Tommy has also been nominated an Olivier Award 2012 for Outstanding Achievement in Dance. 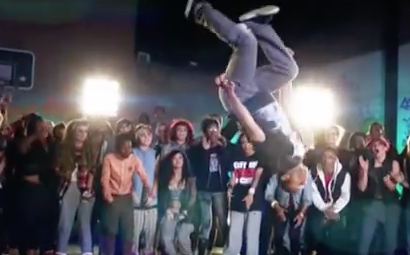